Is a new career right under your nose?

If you’ve had it with your job and you’re feeling like you can’t take it much longer, it’s logical to think that you need to do something wildly different.

But… what if the solution isn’t drastic? What if a new career that you will love is right under your nose? (Or at least under the same roof as the job that’s making you miserable?)

Not many people realize this, but there’s a good chance that you don’t need to start over in an entirely new career. Sometimes a new career is closer that you think.

Chris went from feeling miserable working in IT Support to loving his career as a Technology Consultant & Entrepreneur.

I want to share his case study with you to highlight how you might be able to evolve (aka “pivot”) your existing career into a path that fits. 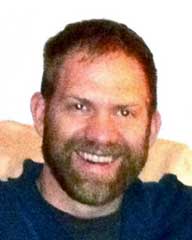 He wanted to do something more creative and meaningful. And he thought that meant finding an entirely new career.

However, through the coaching activities and assessments in the Career Pathfinder Coaching Program, Chris discovered that he was in the right career. He just wasn’t in the right role for his personality.

The program revealed that his gifts, passions, and personality are well suited to running his own business.

Chris made a career change from working in IT Support to starting his own IT Consulting business.

Where were you at in your career before joining the Career Pathfinder eCourse?

“I’ve never really thought of the work I do as a career path. I kind of fell into it. At the time I found the online course, I had been working at an IT support company for about three years. I found the job restrictive and felt under-valued, and I had begun to search for more meaningful and satisfying work.”

What are you up to now and how do you feel about the path you’re on?

“I decided to go to work for myself. I am definitely happier in my work now, making more money and working fewer, less-stressed hours.

The surprise is that, as I was taking the course online, I expected to identify some totally other line of work. It is interesting to realize how satisfying the same kind of work is to me now that a few key facets of my situation have changed. I am now the key decision maker and I’ve been able to develop more meaningful relationships with my clients and spend more time focusing on the aspects of the work at which I excel and enjoy.”

What was the biggest thing holding you back from finding your path and how did you move through it?

“Fear. I was afraid about money, afraid of failure, afraid of the unknown. Mainly, I had become unhappy enough that I had become immobile: all I was doing was complaining and reinforcing the negative. I just couldn’t see a way forward, and every idea I had felt either far-fetched or futile.

I moved through it by realizing that I have to get moving forward, even if the path isn’t perfectly clear. The online course helped me believe that change was possible, but it took the sale of the company I was working for to force action on my part. At that point, all of the thinking and planning and course exploration I had been doing became very useful, and I gained confidence quickly as I went.”

What helped you find your path?

“I found it really informative to take the aptitude tests in The Career Pathfinder. I had never taken stock of my strengths and affinities in so business-relevant a way. It made me realize that there was no point in doing something that:

A) didn’t play to my strengths, and
B) I didn’t enjoy doing, anyway.

While working my way though the eCourse, I was contending with a lot of frustration and fear of change. I enjoyed reading other people’s comments online – it was encouraging to read feedback from others that echoed what I myself was feeling.”

What advice do you have for people about how to find their path?

“Inertia is not your friend – keep moving forward in some way. Allow for the possibility that surprising options you haven’t considered yet will present themselves, and that even small changes can end up having a large effect on your happiness.

Your newfound “career path” doesn’t have to present itself fully-formed (“Eureka! I want to be a professional chef!”) for the exploration process to start resulting in meaningful changes in your life.”

What would you say to someone that is wondering if The Career Pathfinder will really work?

“It was a valuable tool at a time when I felt stuck in my career. It allowed me to start reconsidering what was possible, and recalibrate a negative and rigid set of beliefs I had adopted about money and the way in which change ‘had’ to take place.

Adrian’s online program was instrumental in getting that started for me.”

I know it can be hard to have faith that there is a career that fits who you are. I hope Chris’ story helps you believe it’s possible and inspires you to start your pathfinding journey. A new career might be right under your nose…

Ready for a career change but not sure what to do next? Learn 5 key strategies to find work you love that pays what you need.

We’ve used these strategies to help 1000+ people find their calling and take their careers to the next level. The career guide also includes 4 career change case studies that illustrate how former clients have succeeded in making different types of career pivots. 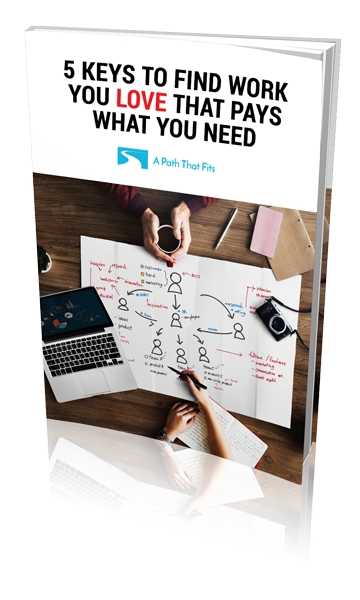 Is your career affected by the COVID-19 pandemic? If you’re wondering what to do next and want to explore new career options, we'll guide you step-by-step to find the right career for you in the Career Pathfinder Online Coaching Program. Get $300OFF the “ALL IN” version when you join by 7/31. More info here: https://apaththatfits.com/the-career-pathfinder/