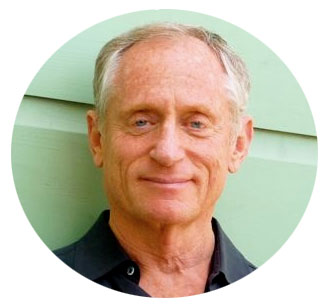 A little bit about Daniel

Daniel Fine helps people see expanded possibilities for themselves, their lives, and careers. Daniel’s deep appreciation for life’s transitions reveals the depth of which he has explored his own path as a father, successful entrepreneur, actor, healing practitioner, Zen hospice worker, and professional coach.

A native of New York City, Daniel moved to Los Angeles to become vice-president of sales for a consumer electronics firm and then to Chicago to build his own successful sales and marketing business. Through a sudden personal loss he found his life take a dramatic turn. He dropped his career, became a full time single parent of three sons, and began a path of personal growth.

Daniel explored yoga and meditation and a life-long passion for the theatre. He studied the craft of acting and in time became a professional actor, ultimately receiving the prestigious Jeff award (Chicago’s version of the Tony’s) for best supporting actor.

Drawn to connect with people, Daniel expanded his acting career to teach acting. He also became a certified practitioner of reflexology and deep tissue massage before integrating all of his experiences and skills in personal transformation into coaching. In addition to coaching, Daniel volunteers with the Zen-hospice and does some work for a non-profit company that coaches entry level employees to a better future.

Daniel guides people by seeing every individual’s potential, beauty, and magnificence — and translating those qualities into a more fulfilling life and career.

Daniel is a miracle worker. I just attained the best job offer in a career I wanted but NEVER thought was possible, and have an outlook of renewed hope and clarity. Not like what I doing before was bad – but it was just not ME. The successes I have had over the last year are the direct result of opening up to and listening to Daniel.

We’ve used these strategies to help 1000+ people find their calling and take their careers to the next level. The career guide also includes 4 career change case studies that illustrate how former clients have succeeded in making different types of career pivots.

This career guide walks you through 5 key strategies we’ve used to help 1000s of clients to find their calling and build successful careers. You’ll also get 4 case studies that examine how former clients have succeeded in making different types of career changes.

Ready to discover your calling? It changes everything.

Learn the 5 key strategies we’ve used to help 1000+ people find work they love that pays them well. You’ll also get 4 case studies that examine how former clients have succeeded in making different types of career changes.

Learn the 5 key strategies we’ve used to help 1000+ people find their calling and take their careers to the next level. You’ll also get 4 case studies that examine how former clients have succeeded in making different types of career changes.